It's the perfect excuse to visit Barcelona! 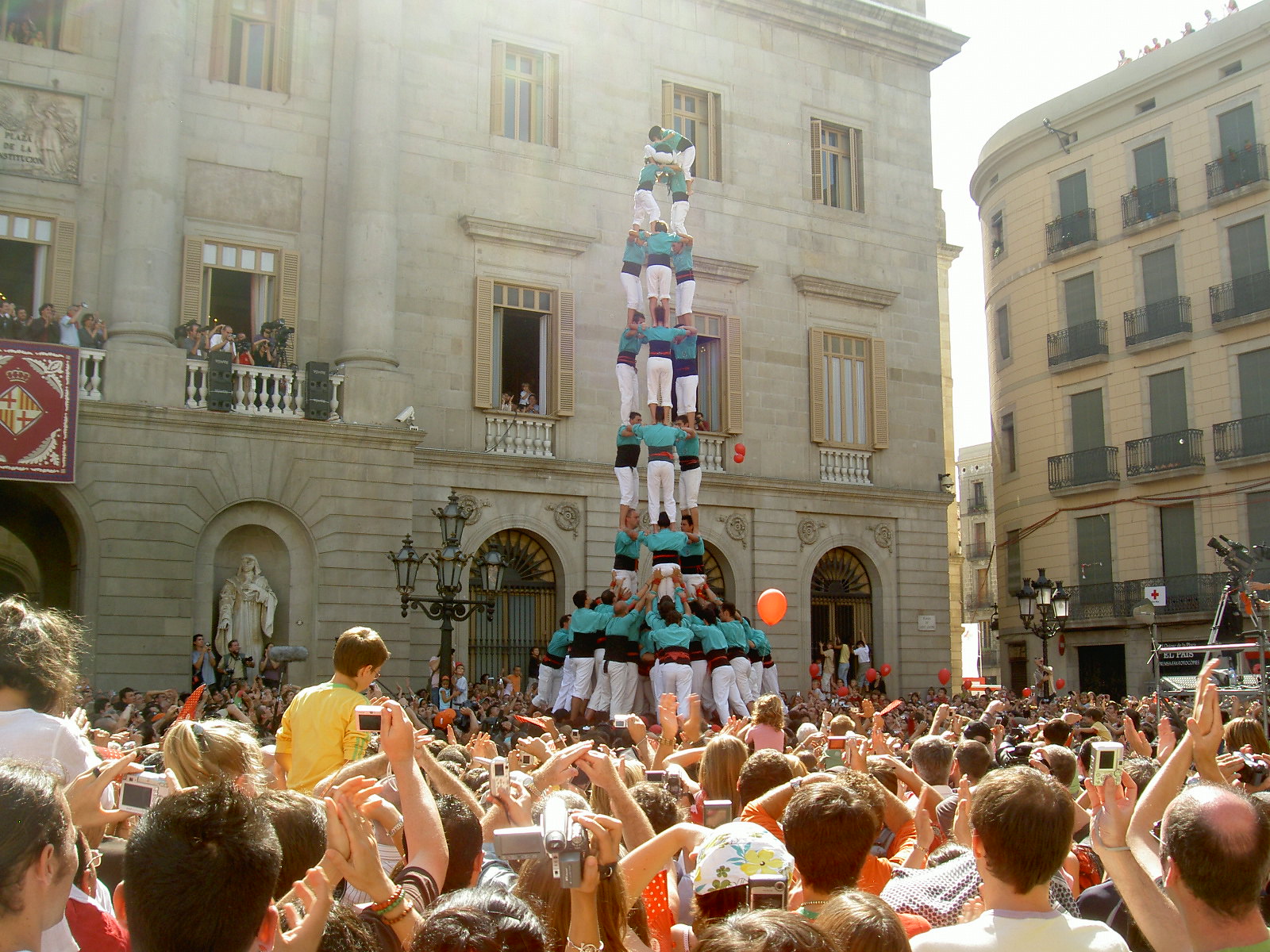 At the end of the summer, the city of Barcelona becomes a massive street party where the entire city can be seen celebrating La Mare de Deu de la Mercè, the Patron Saint of Barcelona. It is known as La Mercè Festival and takes place over 5 days from the 20th to 24th of September. The main day of celebration is on the 24th, which is a bank holiday, so no surprise if no one is at work. Instead they can all be found enjoying themselves in the streets of Barcelona. Various events occur during this period and you probably want to make sure you can attend most of them. That’s why we thought we would create this helpful guide to La Mercè festival of Barcelona. Continue reading to find out everything you need to know before you go.

The festival is a tribute to the patron saint of Barcelona, ​​who is credited with a series of miracles linked to the Catalan capital. On September 24, 1218, the Virgin of Mercy – la Virgen de la Mercè – appeared simultaneously to King James I, Saint Peter Nolasco and Saint Raymond of Peñafort. The Virgin ordered them to establish a religious order to rescue Christian hostages in Saracen lands.

In 1687, Barcelona was attacked by a plague of locusts and the inhabitants invoked the protection of the Virgin of Mercy. When the plague ended, they proclaimed her patron of the diocese. This title was shared with another patron saint, Santa Eulàlia. However, she wasn't officially recognised in this role until 1868, under Pope Pius IX, and it was this same year, around September 24, that Barcelona began to celebrate the religious and popular festivities in honour of the Virgin of Mercy.

Today every 20th September at 5pm, the first day of the celebrations, the bells of Santa Maria del Pi basilica marks the starts of the festivities.

The Poster of La Mercè Festival of Barcelona

Every edition has its unique poster. For the second time, the Barcelona native artist Maria Corte Maidagan designed the 2019 edition poster. After reviewing the iconography of the Virgin of Mercy, the artist discovered that it was also a popular image in South America and the Caribbean. Therefore, she depicted a saint similar to many people from Barcelona. She is a woman of colour either born here or an immigrant, like Maria’s parents. Local folklore like castellers, musicians, sculptures of Miro’s style and even dragons compose the colourful hairstyle which is topped by the sea in which a ship sails like those that rescue people, including refugees, in the sea.

Since 2007, La Mercè festival invites a city to take part in the festivities and shares its cultural talents. After Lisbon last year, Beirut is the guest city in 2019.

The Lebanese capital is an important artistic hub in the in the Arab world. La Mercè festival will showcase its theatre, dancing, street art and cinema.

El pregón – or the announcement – is one of the key events of La Mercè festival. It’s the inaugural speech of the festival before the celebration starts. It’s usually written and read by a remarkable person linked to the city of Barcelona. This year, el pregón will be read by Manuela Carmena. She is a lawyer, judge and Spanish politician who was mayor of Madrid from June 2015 to June 2019. She moved to Barcelona in 1966 fleeing repression. Throughout her life she has been involved in political and social associations.

Since 1902 some activities are still currently part of the programme of the festivities. Its a proud display of the traditional folklore of Catalonia. Gegants (giants) and cabezudos (Big-headed characters) to castellers (human towers), falcons, ball de bastons and sardana dance performances are some of the highlights of the events. You can find out more about these traditions in our article Surprising Catalan Traditions. They occur in several parts of the city during La Mercè and you can usually see them in Plaça de Sant Jaume and Placita de la Seu. Later on, more events were introduced that are definitely worth going to see. Correfocs led by groups of 'devils' perform a pyrotechnic show through the streets of Barcelona. Make sure you don’t miss them as they’re a genuine and impressive Catalan tradition. Most of these activities will take place on September 24 all-day long around Plaça Sant Jaume and the streets of the Old City. So make sure you head to the Gothic Quarter, El Born and El Raval to spot them.

Morning Procession of Grallers (Pipers) – 08.00 AM – Starts from Carrer Ample

For more explosions, the Piromusical show proposes a splendid firework show coordinated with the Magic fountain of Montjuic. The synchronisation of the music with the rockets create an impressive spectacle for the ears and eyes. For the XXII International Fireworks Festival, the beach of Barcelona will also be the stage of a massive fireworks display. It usually happens between Sant Miquel and El Somorrostro beaches in La Barceloneta.

Video Mapping of the City Hall

The façade of the City Hall will be illuminated by a fascinating video mapping show every night of the festival. The show will celebrate the art of the Catalan poet Joan Brossa in a visual performance. We recommend you to head to Plaça de Sant Jaume quite early as the place gets really packed.

For more than 25 years, Barcelona Acció Musical (BAM) has always been part of La Mercè festival. It has become a festival renowned for discovering emerging local and international talents from various music genres. More than 40 groups perform on various stages across Barcelona with their own original music. In this way, BAM is a musical celebration profoundly connected with Barcelona and La Mercè festival blending technology, performing art and traditions. It is just another of the signs that Barcelona is a creative and innovative city.

You will find the full programme with each band here.

The Race of La Mercè

Sport is also on the programme of the event. On September 29th, the 41st edition of the Race of La Mercè or la Cursa de la Mercè, takes places. It’s actually the second oldest race in Barcelona.

In 1900 sports events began being part of La Mercè festival. Festival goers were first able to see a bicycle race, and later on a 500-meter pedestrian race in the Ciutadella Park. The first race of La Mercè occurred on September 24, 1979.

Over the years, the race has had several distances between 8 and 11 kilometers as well as different routes. The hardest ones were in the first years until the mid-nineties, when runners had to go back and forth to Montjuïc.

You’ll find the route below on the map.

Especially for this event various museums in Barcelona will be open for free on Tuesday 24 September. Some historical buildings will also be part of it. Check out the list below:

Some of them might extend their free entrance for more days. Visit their websites for more information.

Performing Art has Charms to Soothe a Savage Breast

As part of several activity groups, various other free events like concerts and performing art shows and workshops will take place around the city. Find the complete day by day programme here.

A Day Without Cars

See all the activities here.

Check the map below to see where all the main events are taking place during La Mercè festival.

Here at ChicRoom Barcelona, we understand the importance of having beautiful accommodation in a great location. Where you stay can make or break your holiday, therefore we offer only hand selected, luxury accomodation that will feel like a home away from home and allow you to enjoy the festival with all the freedom of being a local. Visit our website and see what we have to offer today!