Modernist Monuments and Sites to See in Barcelona

Barcelona has architecture like no other city in the world! 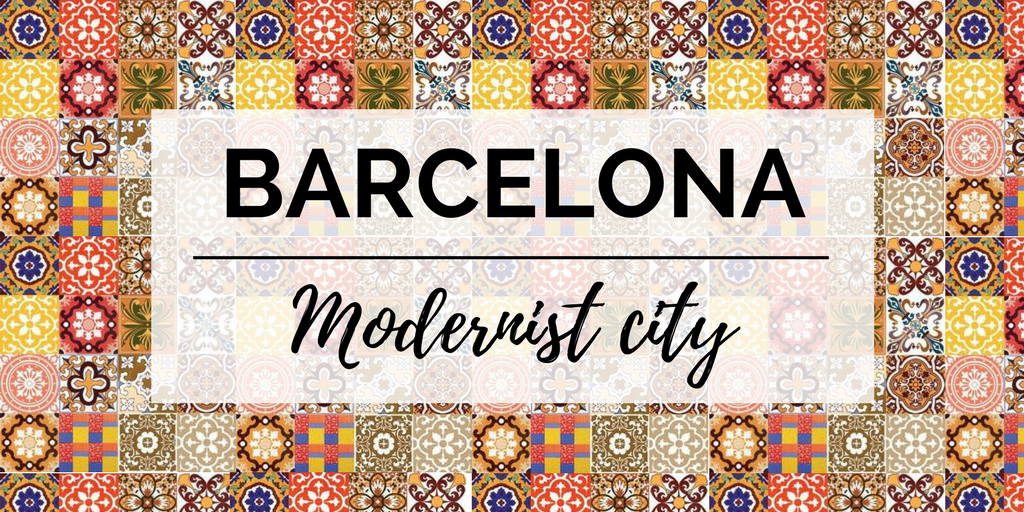 Modernism in Barcelona is not only about Gaudi and his famous houses on Passeig de Gracia or Parc Güell. There is much more to explore and discover and the number of modernist monuments and sites to see in Barcelona is actually surprising.

Let’s follow the red circles on the route of Modernism!

These small red circles on the ground may have already attracted your attention during one of your walks in the Catalan capital. Photo by Lux Machina on VisualHunt.com / CC BY

If you follow them you will stumble upon the wonders of modernist architecture. As you can imagine, the influences of Gaudi can be felt everywhere but there are so many more Catalan architects who have literally built this city! In this article ChicRoom Barcelona tells you more about some of these unique and original monuments that you shouldn’t miss during your stay in Barcelona. These buildings are often as impressive at the top as they are at street level, so don’t forget to keep your head up when you walk around, particularly in the neighbourhood of Eixample, which is full of modernist buildings!

Below you’ll find a list of some of the unmissable modernist sites:

The Palau Güell is one of the first important orders that Gaudí received at the beginning of his career. Eusebi Güell (industrialist, politician and patron) wanted Gaudí to build this peculiar urban palace as an extension of the family house on La Rambla de Barcelona. Photo by Andrew and Annemarie on Visualhunt / CC BY-SA

We already talked about this exceptional place in our previous article, but it’s so unmissable that we have to ramble on. Like the Güell Palace, the park owes its name to Eusebi Güell, a wealthy businessman passionate for the works of Gaudí who acted as his main patron. Although the main idea was the construction of a residential complex of luxury, over the years this idea was abandoned and instead a park was built worthy of the scenario of a story. The inauguration occurred in 1922 and since then it has become one of the main tourist attractions of the city. In 1984 it was declared a World Heritage Site by UNESCO. The Santa Creu i Sant Pau Hospital is located in the El Guinardó district of Barcelona. It is a building built between 1901 and 1930, designed by the Catalan architect Lluís Domènech i Montaner.  It was a fully functioning hospital until June 2009, when the new hospital opened. It is also a UNESCO World Heritage Site and in 2014 it was restored for use as a museum and cultural centre.

The Palau de la Musica Catalana is a luxurious modernist masterpiece. Built between 1905 and 1908, the building unites the decorative arts of sculpture, mosaic, stained glass and ironwork. Like the Santa Creu i Sant Pau Hospital, it was dreamed up by a Catalan architect, Lluís Domènech i Montaner. Photo by kkmarais on Visualhunt / CC BY

Now, let’s talk about the most wonderful houses you’ll ever see!

Casa Amatller is a building in the Modernisme style in Barcelona, designed by Josep Puig i Cadafalch. The building was originally a residence for the chocolatier Antoni Amatller and was constructed between 1898 and 1900. Also designed by modernist architect Josep Puig i Cadafalch, la Casa de les Punxes is located in Eixample in Barcelona. It was a home built for three sisters and is therefore technically made up of three self-contained houses with different entrances in one spectacular building. It is reminiscent of a medieval castle from a fairytale, with elements of different architectural trends and various technical innovations. Casa Vicens is a modernist building in Barcelona designed by Antoni Gaudí. It is located in the neighbourhood of Gràcia and is both one of the first Art Nouveau buildings and the first house that Gaudí designed. Photo by Mitya Ivanov on Unsplash

Casa Batlló, Gaudi’s masterpiece, is located in the heart of the city on Passeig de Gracia.Today, it stands out as one of the most emblematic works of Catalan art.

Photo by Maxim Yamkovoy on Pixabay

This is among the most important works of Gaudi and possibly the most famous around the world. For Gaudi lovers, it is a must see as it is the only building in the city that offers a complete overview of the works of this architectural genius.

Photo by M.Peinado on VisualHunt / CC BY

This is a non-exhaustive list of the monuments and places of Catalan modernism. If you would like to know more, why not follow this Modernisme Route map that we have created for you:

If you want to explore all the best parts of the city and see all of the stunning architecture Barcelona has to offer, you'll need to stay in accommodation right in the centre and luckily for you, ChicRoom Barcelona has that covered. We offer luxury holiday apartments in the best places in the city to make your stay as comfortable and hassle-free as possible. Why not experience living in a modernist building for yourself by staying in Living Principal Paseo de Gracia?